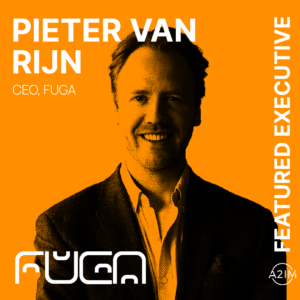 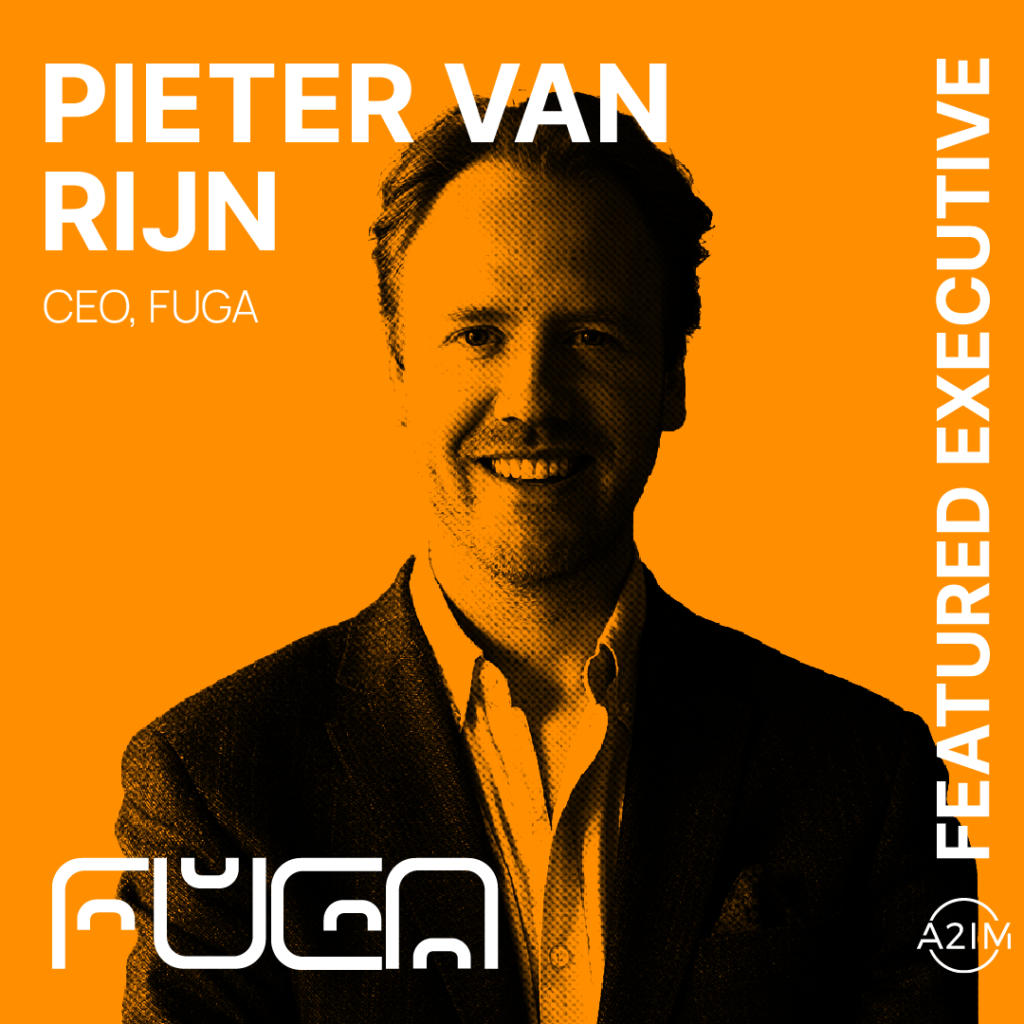 Tell us about Pieter’s Career as CEO at FUGA

As technology continues to lead a wave of disintermediation, creating new efficiencies, reordering relationships and shifting market paradigms, Pieter regards change as the only constant in the business. FUGA is committed to keeping its clients one step ahead in an industry in continual flux.

Pieter also understands that labels and distributors are increasingly demanding a broader suite of services; looking to unify and simplify distribution, rights and royalty accounting workflows to save time and reduce processing errors.

Developing flexible and adaptable technology with leading labels, FUGA’s sole role is to provide clients with the tools they require to run their changing businesses more efficiently.

Taking up the CEO position in May 2014 and elected to Merlin’s board in January 2020, Pieter’s vision leverages FUGA’s tech and music expertise and is resonating with clients’ needs. Previously a board level management consultant at media consultancy Three Rivers, he was active in the media & entertainment industry in the area of strategy, corporate restructuring and M&A. His clients included Talpa Media Holding, Modern Times Group, ProSiebenSat.1 and The Dutch Public Broadcasting Organization.

Before this, Pieter acted as a Senior Project Manager for International Operations/M&A at global TV production company Endemol. Pieter holds an MScBA at the Erasmus University of Rotterdam.

How has Pieter’s leadership impacted FUGA?

When Pieter van Rijn joined the company in 2014, FUGA was a small distribution and marketing platform with 12 employees and a single office in Amsterdam.
Since then Pieter has grown the company into a leading international distributor, employing over 130 staff and serving 650+ leading labels, management companies and music rights holders. These include Curb, Better Noise, Epitaph Records, Ninja Tune, Mom + Pop, Monstercat (Rocket League), mtheory, ReverbNation, Riot Games (League of Legends) and Ultra.
The company opened its New York office in 2016, as well as offices in London and Milan in 2018. It also operates out of LA, Rome, Paris, Berlin, São Paulo, Rio de Janeiro and Seoul. In January 2020 FUGA announced its acquisition by Downtown Music Holding’s AVL Digital Group. This move has allowed FUGA to grant its clients and partners access to expanded resources, infrastructure and global scale, while still operating as a standalone company.
Despite COVID-19, FUGA increased payments to its clients across the world in 2020 by almost 60% year-on-year — a testament to Pieter’s energetic and forward-thinking leadership. Over the same period, FUGA nearly tripled its track holdings to 15m titles and is now delivering 20,000 tracks per day, to over 260 major DSPs worldwide.
This year FUGA has continued on course for growth with the expansion of its marketing arm in particular. Gareth Mellor has joined the company in the newly created role of Global Head of B2B Marketing, while Greg Vegas and Connie Chow have joined as Director of Client Relations Americas and Marketing Strategy Manager for Dance/Electronic.

What does Pieter get up to outside of work?

Outside his work Pieter is a regular speaker and panellist at industry events, such as SXSW, Midem and ADE, having spoken on topics ranging from the relationship between music and esports, to the rise of blockchain technology.
Pieter is also a singer-songwriter and was once signed to Sony Music. He is still active as a songwriter in his rare spare time, published by Downtown Music Publishing.