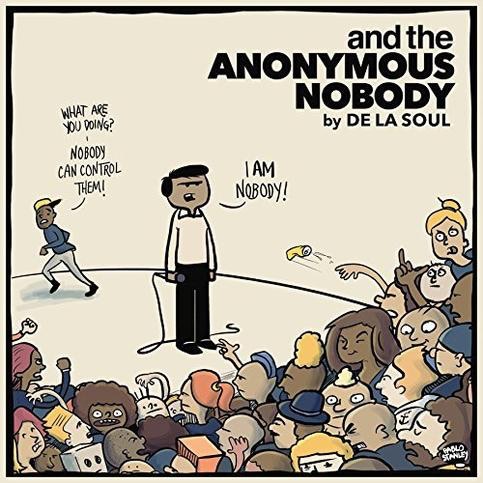 Music is core to Kickstarter’s DNA. In fact, it’s how we got our start. In late 2001, Kickstarter Creator and Chairman, Perry Chen, was living in New Orleans when he had an idea to bring a pair of DJs down for show during Jazz Fest. He found a great venue and reached out to their management, but since he didn’t have the required funds the show never happened. That led him to imagine a way for audiences to pledge support for creative projects at their earliest stages. Eight years later Kickstarter launched as way to do just that.

Today, we’re celebrating a milestone that reminds us of our musical roots — 25,000 successfully funded music projects. The 22,702 independent creators behind those 25,000 projects have recorded albums, funded tours, founded labels, premiered documentaries about iconic musicians, created new instruments, and beyond. Two million people from around the world have supported those artists to the tune of $175 million.

We’ve seen culture-leading work from artists like Amanda Palmer, genre-defining releases like De La Soul’s Grammy-nominated And the Anonymous Nobody, and blockbuster projects like Ozma Records’ Voyager Golden Record reissue. Artists like Ted Leo, Julia Nunes, and Vulfpeck’s Jack Stratton have all used Kickstarter to connect with loyal fans, build new audiences, and create work on their own terms — an empowering and vital way to strengthen their careers.

We’ve also seen Kickstarter alumni garner 20 Grammy nominations or wins over the years. The debut album from Roomful of Teeth, Mike Farris’s Shine for the People, Jo-EL Sonnier’s The Legacy, the Pacific Mambo Orchestra’s first studio recording, and Presidential Suite from Ted Nash Big Band have all received the music industry’s highest honor. In doing so, they’ve demonstrated the power of community to elevate less-recognized, but artistically critical, genres like jazz, contemporary classical, and folk.

Recently, notable venues rich in tradition have used Kickstarter to secure the resources to sustainably serve their local creative communities. With the help of their backers, spaces like Brooklyn’s Silent Barn, National Sawdust, Nowadays, and Shea Stadium are bringing communities together to ensure artists and audiences have creative spaces to thrive.

As we mark this milestone, we thought we’d shine the light on just a few of the musicians from all over the world that you can support right now.

In the UK, singer-songwriter Kate Nash is currently funding her fourth album and asking her passionate fans to join her as her label — and they are showing up for her! Funded in the first week, her project is now a celebration of her creativity and the support of her fans.

In Seattle, Greg Ruby is recording the lost work of 1920s jazz composer Frank D. Waldron for the first time.

In the UK, songwriter Emma McGann is making her new album, B.R.A.V.E.