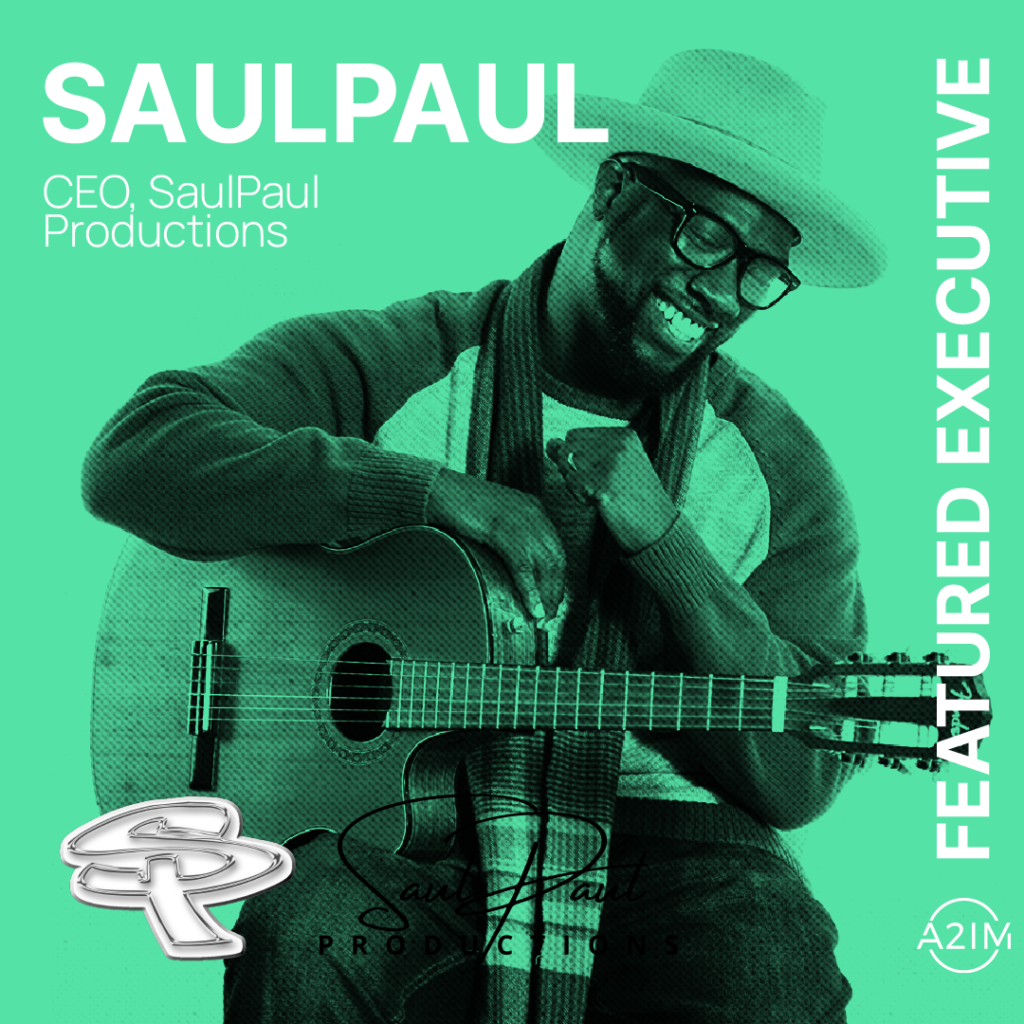 How did you get your start in the music industry, and how did it lead to the work you do today?

I got my start in the music industry as an artist. I’m a rapper, singer, songwriter. Along the way, I became an entrepreneur and built a company.

SaulPaul Productions is an independent, boutique-style music company based in Austin,TX. We have a diverse staff of young creatives and executives that share a common goal to #BeTheChange. Our specialty is children’s music.

Our company produces and licenses music, videos and social emotional learning curricula which is delivered via our app and desktop site that entertains, inspires and empowers K-12 students. We have served more than a million students.

Our network of #BeTheChange clubs extends across the US, having served students in more than 25 states via our partnerships with school districts and parks and rec departments.

I was recently informed by my label (8 Pound Gorilla/Warner Music Group) that my album Okay To Be Different has been submitted for Best Children’s Album in this year’s Grammys. That’s exciting! I put my all into this album so that it could shine and since it’s release, it has done extremely well. My songs Best Day Ever and Just Call both charted and the album as a whole is serving as the soundtrack for a national adoption campaign in partnership with Change Water.

On this album, with a label behind me, major radio play on Sirius XM, a PBS Special and festival gigs all summer, I feel good about the album getting it’s deserved attention.

And to top it off…The last 5 years, my team has been working on a music documentary. In a unique twist of fate, the pandemic slowed us down enough to complete the editing and now we are excited to release the project later this year. Our next step is securing the best distribution / vod partner.

Wow that sounds amazing! Is there a success story or career milestone that you are most proud of?

I co-wrote a musical and produced all the music. It’s called SaulPaul’s Alien Adventure. Pre-pandemic we had a successful month long theatrical run with many sold out shows. It was critically acclaimed as well, receiving nine (9) B. Iden Payne Award nominations including a win in the Best Original Score category.

And you know how the song says…Can you help me get to Sesame Street? Well I can! I found it. It’s in Bethlehem, Pennsylvania. 839 Sesame Street to be exact. That’s the addy to PBS 39. Inspired my Mr. Roger’s neighborhood, I recently, like a week ago recently, got to debut the premier episode of my children’s show SaulPaul’s PlayLand on live television. That was dope!

What else do you get up to outside of work?

In the last year I’ve provided keynotes at Dell, Facebook, Calendly and Adobe. It’s been an honor to motivate their communities while sharing my story of tragedy to triumph through music. I was recently signed to be represented by Premiere Speakers Bureau. As a result, I’m excited about more opportunities to entertain, inspire and empower.

I’ve presented 3 TEDx Talks but I’m really excited about the most recent one. I think everybody should watch it. It is intended to provide great inspiration on How We Can All Be The Change .