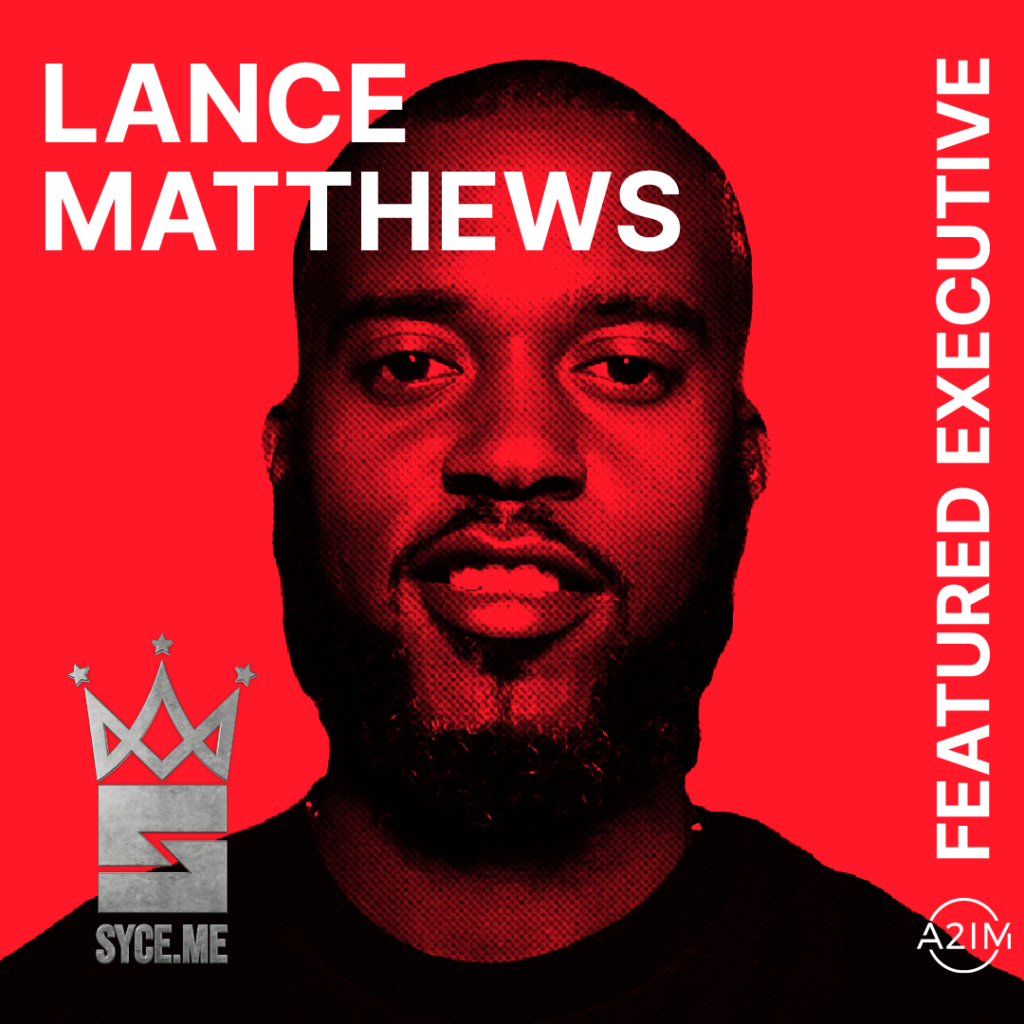 Realising his High School bedroom beats dreams, Lance Matthews founded Sending You Creative Entertainment (SYCE) initially as a space for artists to hone their craft, by providing a weekly platform to perform live.

Today, SYCE has grown into a fully fledged label, and Lance is amongst our inaugural group of Black Independent Music Accelerator (BIMA) program fellows.

I had the epiphany that in order for me to fully receive the rewards of my music career, I have to fully invest, trust myself and have the confidence that my dream would come to fruition.

Tell us about how you got your start in the music industry, and how it lead to the work you do today?

My start in the music industry begins in 9th at C.H. Flowers High School, when I was introduced to music production by one of my teachers.

One day in class, he played some his beats he made and told the class if anyone was interested he would send them an email with production software. I raised my hand and he sent me an email which contained a demo of “Fruity Loops 3.” After getting comfortable and feeling confident about my beats, I took a beat tape to school and played my beats for some of my friends who rapped at lunch and around the neighborhood.

As word got out around school that I made beats, I was able to form my first rap group and later met J-Bravo of “Billboard Hitmakers.” I developed a passion for music production and determined then, I wanted to own my own Record Label.

After high school, I went to Morgan State University and J-Bravo went to Full Sail University. When Bravo graduated, he moved to Atlanta, GA, and was interning at major studios and had opportunities to work with major Artists. I informed him, after visiting him, that once I graduated, I would move out to Atlanta and pursue music production with him continuing our production dreams.

I kept my word and moved to Atlanta a month after graduation, where I lived with Bravo, went to a lot of studios and networked. I remember talking to someone and them saying to me “Man y’all are real dope, but y’all don’t have a name! Y’all should build your name in your hometown and comeback!” I thought about it after a while and decided, that’s what I was going to do and understood it would take time!

After moving back home to the DMV, I decided to partner with a college friend and opened a studio. Realizing there wasn’t many options for my clients to perform, I had the idea to start an artist showcase.

I was then re-introduced to my high school classmate Jason and determined that we could fulfill this need in our community. As a result, Sending You Creative Entertainment was founded.

We then started the SYCE Series, a bi-weekly platform where artists could hone their craft and perform in front of a live audience. At the end of each performance, the winner would be crowned the King or Queen of SYCE series, complete with a crown, and a personalized SYCE hoodie which included the artist’s Instagram handle and the date they were crowned, and the opportunity to defend their crown the following show.

After 2 years, we decided that we needed to do more for the artists and took the necessary time to rebrand as an Independent Record Label.

Currently, I’m excited about our Newest playlist on YouTube “SYCE.ME Presents:” which showcases some of the artists and projects in which we’ve contributed. All of the songs on the playlist, I either recorded, mixed, mastered, or produced. We also have our “SYCE.ME Bag Music” and “SYCE.ME Heart and Soul” playlist on all major streaming platforms.

We are currently in the process of growing our brand, onboarding interns, and signing artists and producers and intend on being a viable Independent Record Label.

Is there a success story or career milestone that you are most proud of?

I am most proud of my journey and ability to go after my vision. When I determined that it was time for me to follow my dreams, I set my intentions and took a leap of faith, quitting my full-time job as a government contractor after a year of concurrently operating my recording studio.

I had the epiphany that in order for me to fully receive the rewards of my music career, I have to fully invest, trust myself and have the confidence that my dream would come to fruition.

What else do you get up to outside of work?

I grew up in a family of bowlers and have been bowling since childhood. Also, I enjoy Football and Basketball. I am a collector of African Art and I love traveling.

Set your goals big enough and crazy enough, to the point you have no idea how it can possibly be achieved! Believe it will work, without and doubt, and release it for the universe to put in motion!