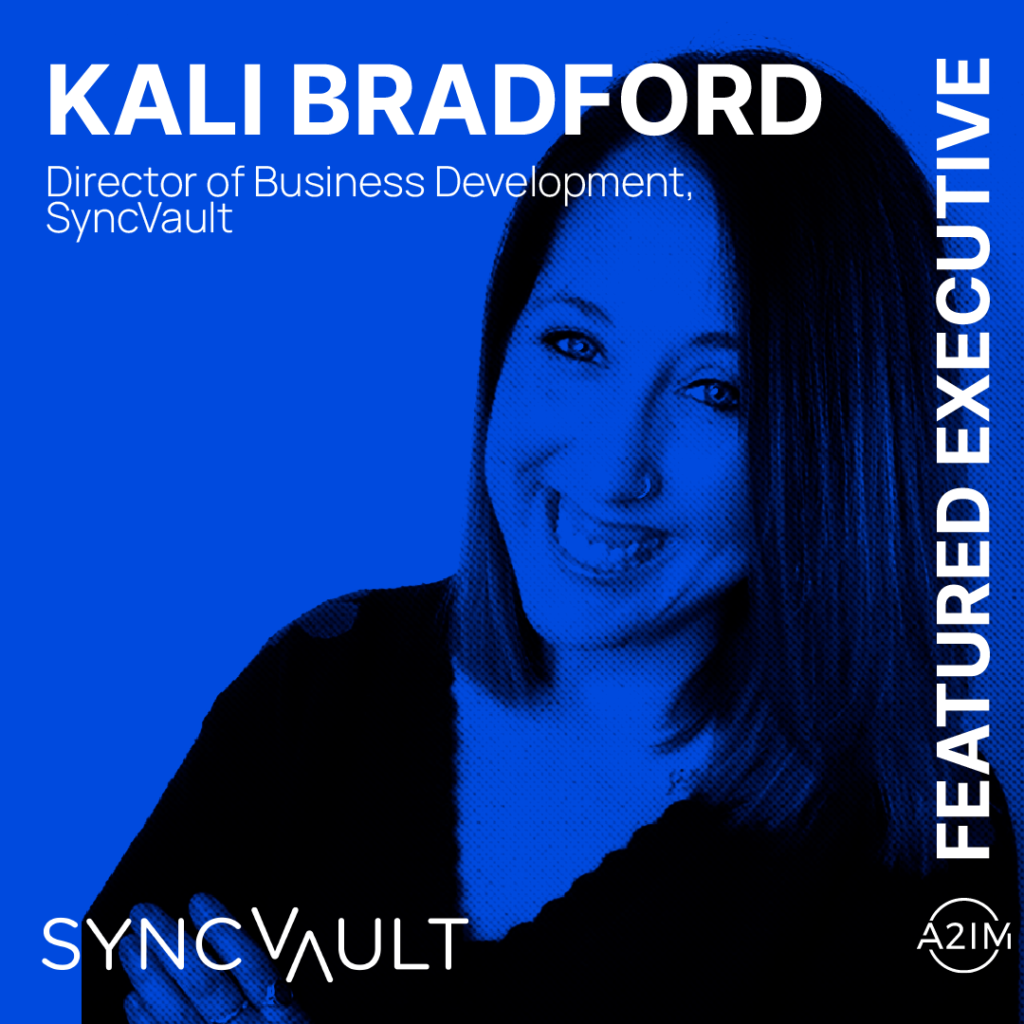 Kali Bradford has been working in the Music Industry for the past 10 years, 5 in the UK and her background is deeply rooted in the indie sector.

Kali’s Start in the Music Industry

After graduating with a degree in Music Industry from the College of Saint Rose in Albany, New York, Kali moved to New Orleans to start her career. She began as an independent artist manager and was quickly hired as the youngest Music and Talent Coordinator for the New Orleans Jazz Orchestra a few months after arriving. After a few years in New Orleans, Kali moved to London to continue her education with a Masters in Music Industry Management, from which she graduated with Distinction. During her studies she founded her own management company and worked as Social Media Coordinator for Fierce Panda/Club Fandango.

From there, she was hired as Label Manager for Distiller Records where she was A&R for Cassia’s debut album as well as project managed all other releases on the label. At Distiller she secured partnerships and curated stages at over 16 UK Festivals/conferences, including The Great Escape, Bestival, Liverpool Sound City, Y Not, etc, as well as their international counterparts, SXSW, New Colossus, Reeperbahn and the Brazilian Rio Music Market. Kali continued her education further with an LLM in Entertainment Law and MBA in International Business and left Distiller to become a freelance label and artist manager.

Kali Bradford is now the Director of Business Development at SyncVault where her main responsibility is to cultivate relationships with artists, record labels, distributors and other artist development companies to help create a new international solution to the traditional marketing mix.

What Kali’s Colleagues had to say:

Kali really hit the ground running when she started working with SyncVault.

We’re a music tech company but creating meaningful connections with artists, labels, managers and creators to build a collaborative community is key, and Kali has been instrumental with forging important relationships within the international indie sector.

Collaboration is a word that I’ve heard her say so frequently and that is what has been developing in abundance since she joined our team in February.

Her dedication to create a community within the international music scene has seen us bring together companies that may not have previously worked in partnership, to build a symbiotic relationship that benefits all involved.

Her ability to nurture relationships has brought us the opportunity to work with Music Gateway and CD Baby to create an impactful YouTube influencer marketing campaign for Mista Strange, a gay grime artist with an important message to share.

SyncVault recently hosted a panel discussion at the Great Escape Online where Kali was involved as one of the lively panelists digging into the topic of Innovation in the Face of Crisis, where the panel shared their ideas for out-of-the-box solutions to music marketing in light of the pandemic.

Kali is truly an outstanding member of the SyncVault team, and deserves recognition for her passion, ambition and ability to bring inspiring ideas and connections to life.