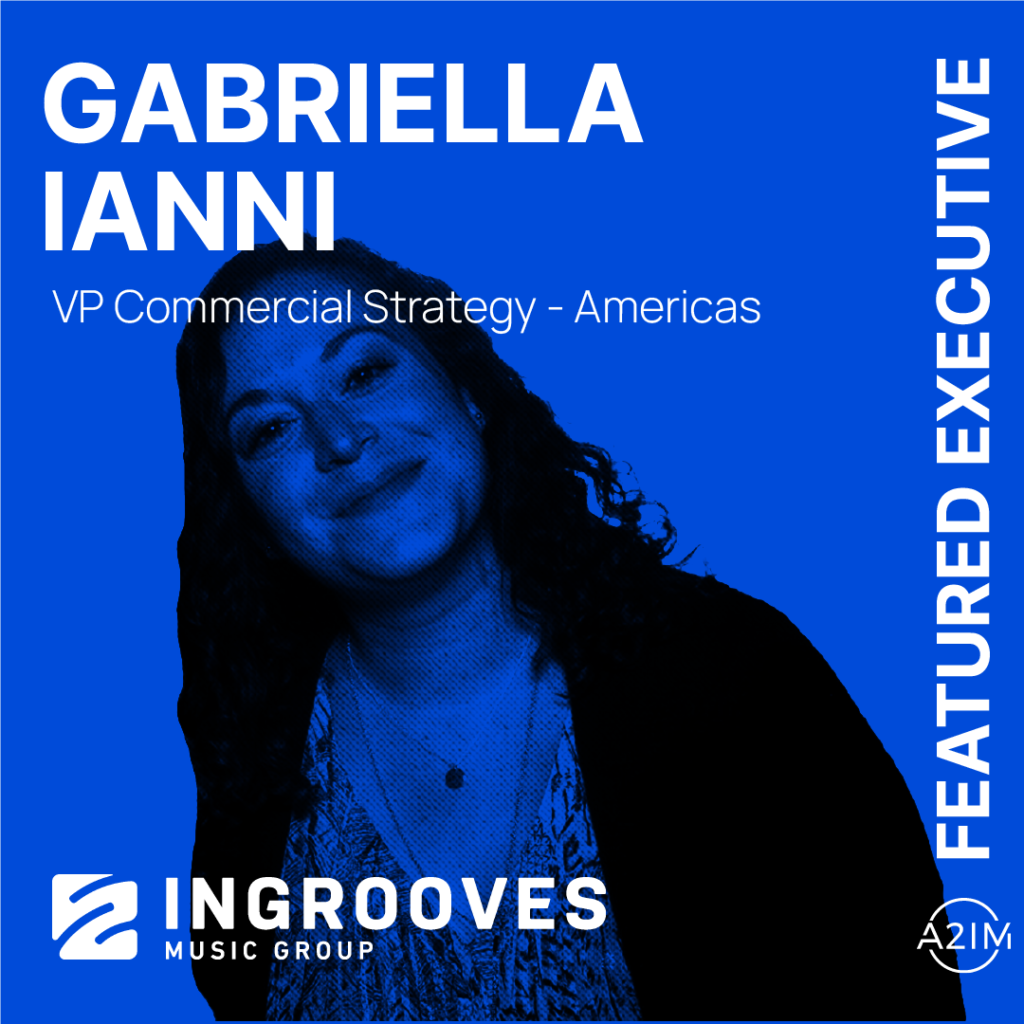 Gabriella’s start was in radio in Monterey, California. During college, she signed up for an internship of (what was) KMBY in Monterey, an Alternative Rock station. Starting as an intern and quickly rising to an on-air personality, after one year, Gabriella took on the Music Director duties and the MidDay drive slot.

Looking to further her career in radio, she accepted a position with Clear Channel (iHeart) in Albany, NY. Leaving the sandy shores of her home state of California for a traditional nor’easter arrival in the East. After barely making it through company restructuring, Gabriella landed her first label gig with Astralwerks records in NYC.

Handling the label’s growing roster of College, specialty radio and dance releases, she sunk her teeth into being a radio promo rep. After many changes in the company and working in the larger ecosystem of Capitol Records, Gabriella took on the independent side as the Head of Promotion role at Glassnote records. It was there that she reunited with the band Phoenix & was a part of the launch of great artists like Laura Marling & The Temper Trap.

She joined Warner Bros Records for a brief period, in sync/licensing, before returning to an opportunity in radio that combined all of her previous jobs. Gabriella took a ‘sabbatical’ from NYC and moved to Boston to be the Promotion Director for Entercom’s MikeFM.

After a year in Boston & what was the end of the line for that radio station, she found herself back in NYC as a programmer at Music Choice. While there, Gabriella was responsible for a whole host of channels in the ALT and Rock space along with a few of their platform launches. It was then that she dove back into the independent world with MegaForce Records as their head of promotion. After a few years of working with bands like Blue October, Anthrax, Third Eye Blind, 10 Years & Slightly Stoopid the knock she had been waiting for arrived.

Ingrooves was looking for someone who could understand working with labels & managers, DSPs and direct licensing. Gabriella had all of that + some under her belt. Starting as a hybrid radio promo / account manager, she had found the place she had been looking for all those years since the first crack of a mic on KMBY in college. A company that values life + work & encourages the best in its employees.

Based out of New York, Gabriella manages the North American Commercial Strategy team. She leads account managers on DSP facing pitching, editorial and commercial strategy for Ingrooves releases while simultaneously working alongside our global team who represent Ingrooves in 19 countries working across key territories worldwide. A major focus of Gabriella increases visibility, coverage and the overall footprint of Ingrooves label partners with DSPs.

Gabriella and her husband live in New Jersey & have a 4 year old daughter, Lola. Showing her a world of differences and the importance of equality has become the family focus. Gabriella is very passionate about the organizations she’s involved with like the AIDS Walk New York to benefit GMHC which she has raised money towards and participated in the walk. She also supports It Gets Better and Trinity Place Shelter in NYC. Both organizations focus on the health, well being & resources needed for so many LGBTQ+ youth.

As a founding member of the Ingrooves Diversity, Equity & Inclusion team, she has taken that passion and sentiment local to her residence in New Jersey. Last year, Gabriella teamed up with a group called PV Core which is dedicated to diversity & inclusion in the community. After participating in BLM community support and strategy (including an interview with the NYC NBC News affiliate), she turned her attention to another area needing local focus; LGBTQ+ outreach. She is a co-chair on their PRIDE subcommittee & helped support the community’s first PRIDE.