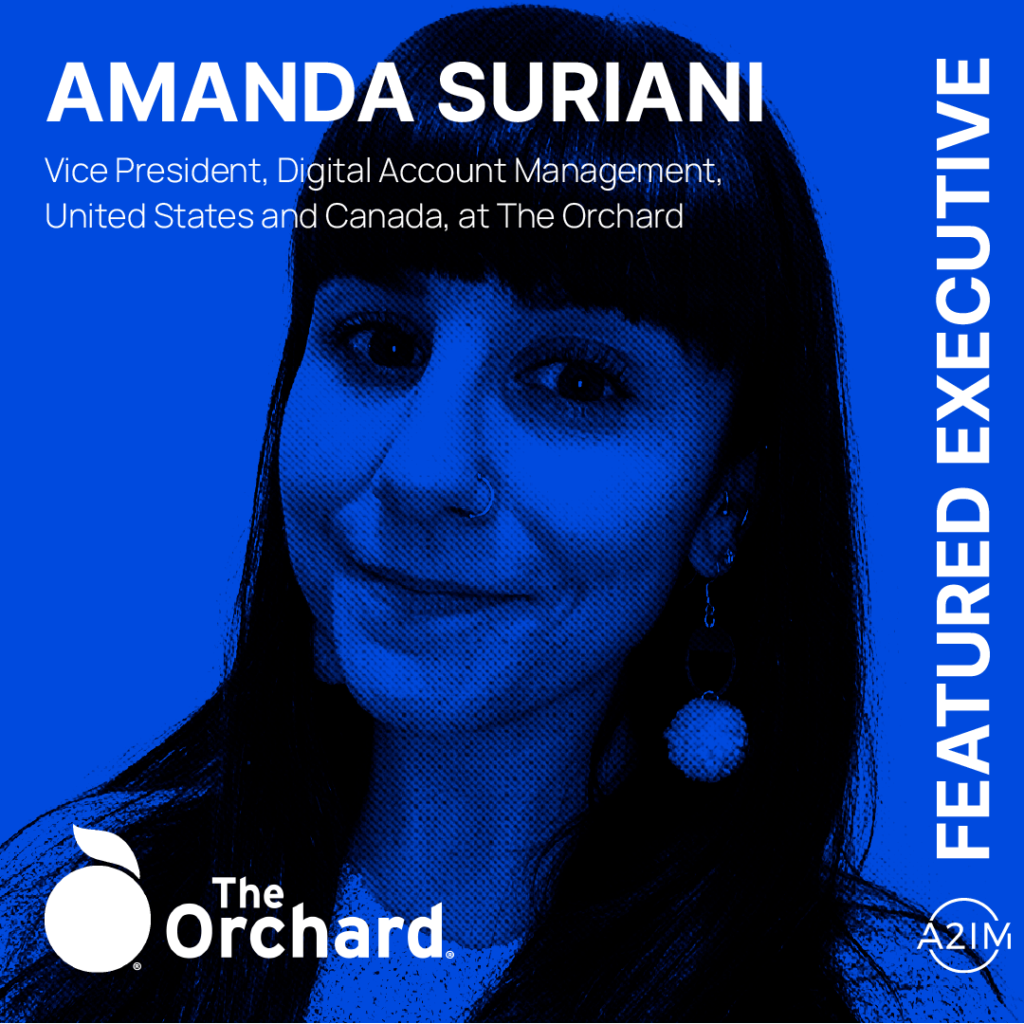 The Orchard is the industry’s leading global music distributor and artist and label services company operating in 45 markets worldwide.

What is Amanda’s role at The Orchard?

Amanda Suriani is the Vice President, Account Management at The Orchard, the industry’s leading global music distributor and artist and label services company operating in 45 markets worldwide. Amanda has spent over 10 years in the independent sector overseeing client relations, sales, and strategy. In her current role, she is responsible for leading all digital business in the US & Canada while fostering relationships between labels and partners.

How did Amanda work up to her current role at The Orchard?

Amanda spent over five years at The Orchard in various roles – from managing priority releases on the client services team to now overseeing digital account management for North America and Canada, working with various partners including Spotify, Apple, YouTube, Pandora, Vevo, Facebook, Instagram, and more. She’s spent the majority of her career elevating releases for independent artists.
Throughout Amanda’s career at The Orchard, she has had a significant role in developing and emerging artist campaigns within the independent sector. Amanda has led sales and retail marketing efforts for artists including Jorja Smith, Blu DeTiger, Cautious Clay, and many more having helped cross over some of K-Pop and Latin’s biggest names into mainstream. It goes without saying that Amanda has a strong understanding of the digital space and adapts to the changing industry, applying a unique creative lens to an array of artist and label release strategies.

What are some of Amanda’s career highlights?

Amanda has been instrumental in the success of various North American big hitter campaigns. In 2020, The Orchard saw 399 title appearances on the Billboard 200; 22 titles in the top 10, and 47 titles throughout the month of October. Amanda led the digital retail efforts for Kelsea Ballerini’s self-titled album kelsea debuting at No. 12 in the United States, and charting in Canada, Australia, and the UK; along with kelsea’s single “hole in the bottle” now RIAA certified gold. Additionally, Jason Isbell’s Reunions landed at No.1 on the Billboard Rock Albums and Top 10 Billboard 200.