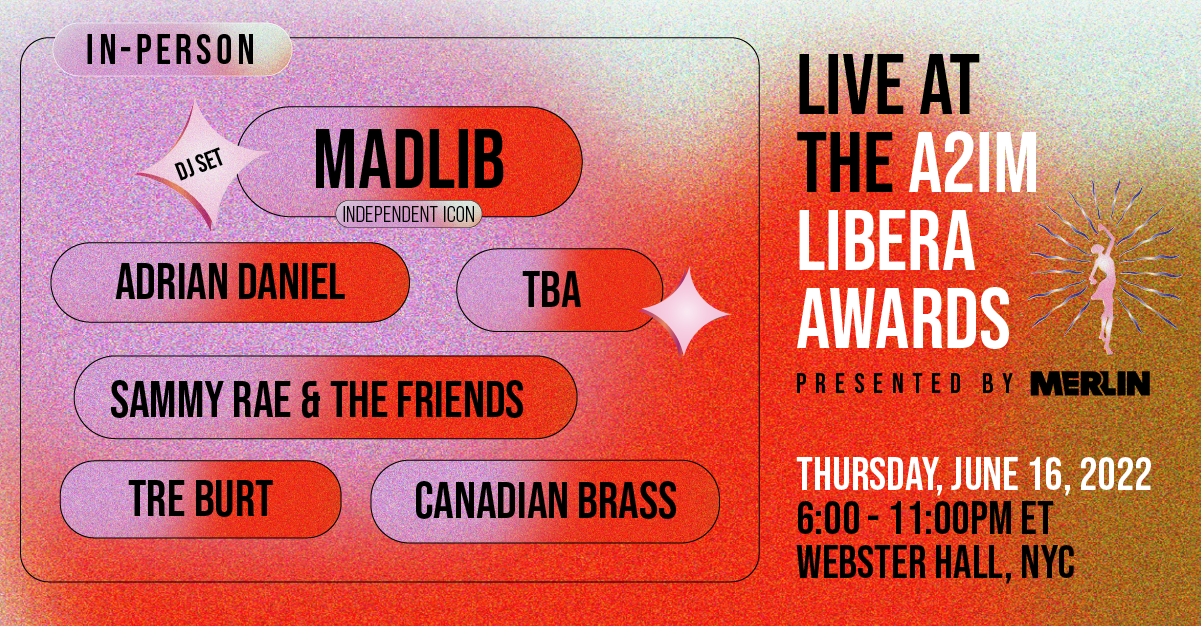 The American Association of Independent Music (A2IM) is thrilled to announce the lineup for the 2022 A2IM Libera Awards Presented by Merlin. The largest global independent music awards show, this year’s event is two fold: an in-person, ticketed gala focused on industry and advocacy awards held at Webster Hall in New York City, and a separate, free-to-watch broadcast of consumer-facing awards and performances from top artists in the independent space.

The evening, which celebrates the extraordinary talent of the independent music community, will honor iconic DJ, producer, and rapper Madlib with the Independent Icon Award. A legend in the independent hip hop community and one of the most prolific producers and DJs of all time, Madlib began his career in the early nineties when he joined the trio Lootpack alongside DJ Romes and Wildchild. Signed to Peanut Butter Wolf’s Stones Throw Records, the group would go on to have a pivotal influence on the label and the brand. The trio eventually parted ways to work on solo projects, resulting in history-making collaborations such as Madlib’s 2003 album Champion Sound, created with his longtime friend J Dilla, the 2004 album Madvillainy recorded alongside MC MF Doom, and several singles and LPs with rapper Freddie Gibbs released on the Madlib Invazion independent label.

Throughout his entire career, Madlib (who has also put out projects under dozens of alter egos including Quasimoto, Beat Konducta, and Yesterdays New Quintet) has stayed true to his philosophy, describing himself as “DJ first, producer second, and MC last.” His sounds have been influenced by his immense love of vinyl and crate-digging as well as his extreme knowledge of deep cuts and rare releases. In 2021, he released Sound Ancestors, a full-length album edited, arranged, and mastered by Four Tet and earlier this year it was announced that he would be producing No Fear Of Time, the reunion album of iconic hip hop duo, Black Star which came out this May. 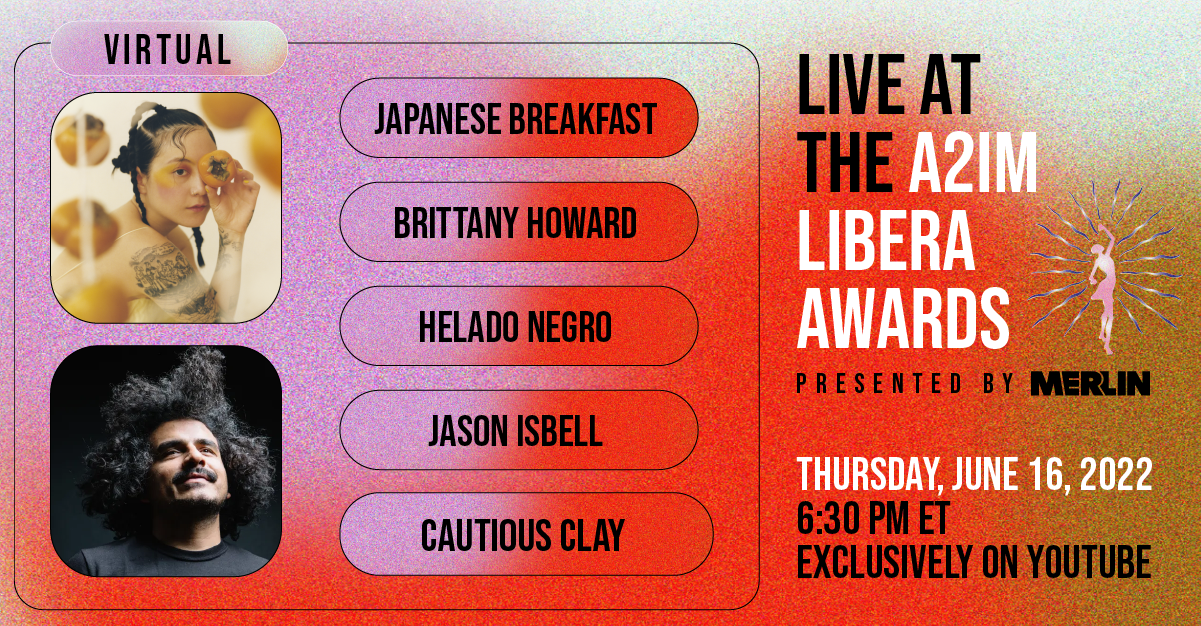 RSVP FOR THE VIRTUAL CEREMONY

The virtual ceremony will begin streaming at 6:30 pm ET exclusively on A2IM’s YouTube channel. The online show will feature a slew of powerful performances by artists including Grammy-nominated pop sensation Japanese Breakfast, who is currently working on the film adaptation of her 2021 memoir, Crying In H Mart; Grammy Award-winning soulful singer-songwriter and producer Brittany Howard, who’s nominated in two categories at this year’s event; ambient pop artist Helado Negro, who’s fresh off of an international tour to support his seventh studio album, Far In; songwriter, producer and multi-instrumentalist Cautious Clay, who celebrated the release of his first full-length studio album, Deadpan Love, last year; and Grammy Award-winning singer, songwriter and musician Jason Isbell and his band the 400 Unit (up for three awards including Best Americana Record and Record of the Year). To RSVP for the live stream, visit liberaawards.com/live.

Among the artists performing live at the gala will be: Sammy Rae & The Friends, a 7-piece funk-infused rock n’ roll band led by singer-songwriter Samantha Bowers; folk artist Tré Burt, who has drawn praise from NPR, and is touring in support of his latest album, You, Yeah, You; Grammy-award winning five piece brass ensemble Canadian Brass (nominated for the Best Classical category at this year’s awards); and Brooklyn-based pop R&B singer-songwriter Adrian Daniel, who has received critical acclaim from VIBE and NPR, and recently released his latest EP Crimson. More performers will be announced in the coming weeks. Madlib will also DJ the Libera Awards afterparty at the Ritz Lounge. The event takes place at Webster Hall in New York City from 6 to 11 p.m. ET.

The in-person gala will feature live, industry-insider award presentations, including Label of the Year (Small, Medium, Large), A2IM Humanitarian, and more. Two new honors focused on A2IM’s advocacy on Capitol Hill will be presented: the Congressional Independent Music Guardian award will honor Congresswoman Linda Sánchez (D-CA), and the Excellence In Advocacy Award will honor singer and activist Dionne Warwick. The IMPALA Sustainability Task Force will receive the inaugural Innovation in Sustainability Award. To keep in line with A2IM’s sustainability initiatives, the Libera Awards is encouraging the selection of a plant-based meal, and all awardees will receive custom-designed trophies that have been locally manufactured and crafted with 100% recycled material.

This year, the Libera Awards is excited to partner with Recording Artists and Music Professionals with Disabilities (RAMPD.org), who made best practice recommendations to have a more inclusive and accessible event. The accessibility options include:

For more information on accessibility, please send an email to: [email protected]

Follow @liberaawards on Twitter and Instagram or visit https://liberaawards.com/2022-info to learn more. The Libera Awards are made possible by the support of its sponsors including Merlin, ADA, YouTube Music, Ingrooves, The Orchard, edm.com, MSK (Mitchell; Silberberg & Knupp, LLP), Redeye Worldwide, Virgin Music, CLIO Music, EnterGain, SourceAudio, and trac. The Libera Awards are produced by Marauder.